This activation was planned to be of DL/AM-178 Ammerleite but when we approached, the single track road up to the summit was closed and full with tractors harvesting the field and this on a public holiday. Apparenly this road in now pemanently closed to motorised vehicles (so much for rights of way it seems). There may be an alternate access including  little more walking but as I had my wife and our dog with me for this activation, I decided it was better to experiment on my own, some other time.

So although I have already activated Rentschen, this year (I nearly got blown away from it back in  March this year) I decided it would have no issues with access and the flat area on it’s top would be fine for the dog to go for a walk on. (Rentschen is very much an easy summit).

The sumit is even signposted off the main ST2059 road! . 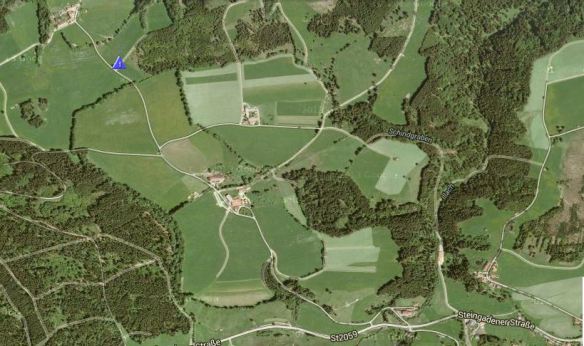 On arrival the pile of logs that were useful as support for the mast last time had grown considerably and again provided an easy mast support with the ends of the OCF (Aerial-51) antenna pinned out into the field. Despite the cancellation of the planned summit, I managed to get on 10 minutes before my alerted time on the replacement one. After about 40 minutes operations I had made 31 contacts. Mostly on 40m SSB but with a few on 20m. Interestingly UK stations that I would normally hear on 40m only managed the skip on 20m this time. There were a few other activators alerted and spotted as on when I was active but apart from one S2S contact, I could not hear the other activators. So this activation brought no activation points (as I had already activated this summit) and only the chaser points from one S2S but it was a nice day out with the wife and dog. The first SOTA activation for B 0 N N Y.

Here are some photos from the activation – 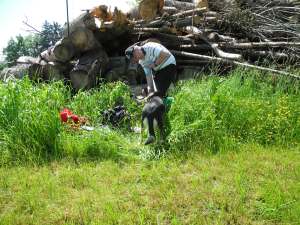 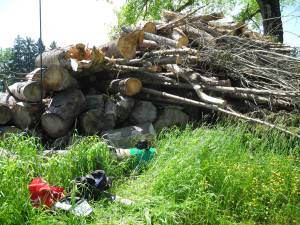 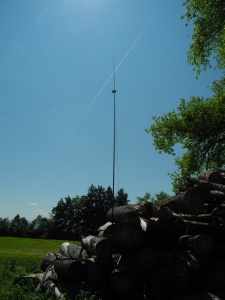 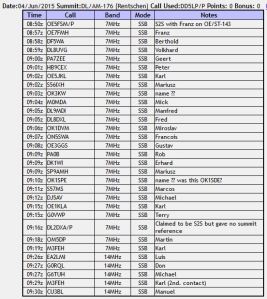 Don’t exepect sites to stay accessible, they can be closed off at any time – always have a reserve activation site.