Following the debacle the previous week where I got to my summit 30 minutes after the 40m long path to Australia had closed, I decided to go to a summit, where I knew I would not be delayed in getting there and could be set-up well in time for any chance of contacts into VK/ZL.

The chosen summit was one of my more local summits – DL/AM-001 Peissenberg. This is a drive-on summit with its own car park and a road that is kept open as it also leads to the governmental weather monitoring stations.

I decided to rely on a known antenna, mast and radio and would use my normal location at Peissenberg, despite the fact that for long path I would be firing directly through the church which sits on the very summit. It has worked before, so why not again – not the perfect set-up but a reliable one that I knew I would be on the air with in good time.

Everything was packed and ready to go the night before and the alarm set.

I didn’t need to set the alarm as I was wide awake an hour earlier than I needed to be. Preparation to leave home was therefore a casual, rather than a rushed action. Although still cold initially once the sun was to come out, things would warm up. Despite that I went with my winter jacket but before the activation was finished I had taken it off and even just in the sweatshirt I was feeling a little warm.

The sunrise occurred while I was driving my, well-known by now, route and after arriving parking and walking the 500m to the usual set-up point, looking across the valley I could see the last of the sun rising into a blue, almost cloudless sky. This hasn’t happened on my activations for a long time, but sure enough – it was a wonderful few hours in nice sunny weather and no longer sub-zero. A real spring-like day.

I soon got the mast and SOTABeams linked dipole up with the links set for 40 metres – this was going to be a 40m only activation.

One of my first contacts was Mike 2E0YYY on “Gun” in the UK, he had a good signal this time – the previous week, I couldn’t even hear him. The contacts flowed early on and via email I knew Ernie VK3DET was listening but not hearing Mike or myself. Between the European contacts I specifically took a listen for VK/ZL stations and at one point I heard what I think was a ZL station but not strong enough to work them. I also listened in to Mike’s QSO with John ZL1BYZ and could hear him fine, unfortunately when Mike asked him to listen for me, he could not hear me. At one point I could hear Ernie VK3DET calling Mike but not strong enough for me to try for a contact. There was a lot of QSB on the band and I had to move a couple of times due to QRM from stations on nearby frequencies. added to thi the fact that my remote control USB connection would lock-up leaving me the only option of turning the rig off and back on was annoying to say the least.

The fact that it was a beautiful sunny morning and that I did in fact get 39 contacts around Europe made it a nice activation however just one contact into VK or ZL would have made it perfect. 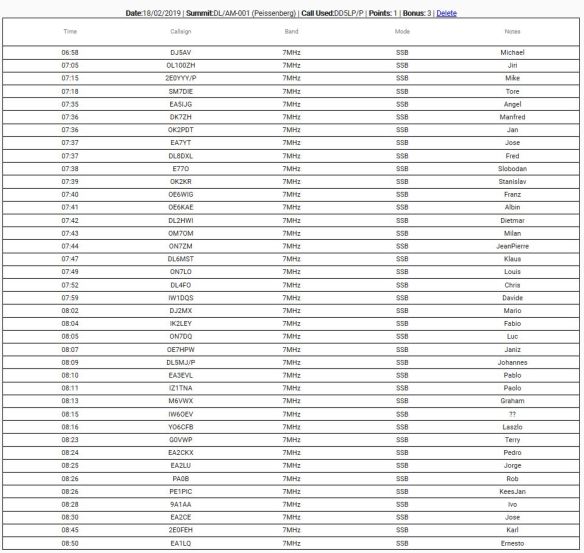 The propagation wasn’t there to enable long path contacts for me on 40m. Perhaps 20m would have been better? Perhaps being at the other side of the church would have increased my chances?

Although having the display from the radio’s functions on the smart phone screen is a big improvement, the fact that the USB link is susceptible to RF causing lock-ups will need to be addressed asap.