This was an activation of a new summit for me. At the same time, I wanted to try to operate the digital PSK31 mode from the summit and use my new QRP amplifier to lift the FT817’s maximum 5w output to about 18w.

The access to Summit point is along Mount Sugerloaf Road from just outside of Seahampton. This is a normal small tarmac road and easy to drive right up to the Sugarloaf Mountain transmitter towers. Just before reaching the towers I needed to take a left turn onto Sugarloaf Range Road. This is a mud track but is fairly well maintained and easy to drive with a normal 2WD car as long you watch out for the occasional pot holes. 3.9 km down this road we come to the road up to the actual summit. This is less well maintained, very rutted and pot holes are the smallest concern as some sharp high rocks in the middle of the road means that a lot of care is needed to travel this road and not destroy your car. A high clearance 2WD or 4WD vehicle would be more suited to this track however this is not nearly as bad as the Broken Back Road that I tried to navigate a couple of weeks earlier up to HU-068 (Broken Back Range) and had to turn back. For one thing this road to Summit Point was only a couple of kilometres long. Simply follow this road until it stops rising and look to the left where there is an area to park and the rock with carvings – as shown in the video below.

From here it is a steep climb on foot, on a slippery surface as there are lots of twigs and dead undergrowth meaning it is difficult the get a good foot hold while climbing and even more “tricky” on the way back down. Once I reached the top, there is a fairly wide flattish level with many trees suitable for attaching antenna to. I had arrived here about 30 minutes ahead of schedule however once I had everything set up I had lost 15 minutes of that advantage. I was on-air on 7.090 at 23:30 UTC (UTC day 20/12/2013 still) and managed to work 10 stations both before and 10 after UTC rollover (list below), all but two of these were on 40m SSB, the last two being on 30m SSB. Band conditions were not good with very deep QSB at times.

As I said above, one of the purposes for this activation was to test out my solid state linear to give a little more output for more distant contacts. Initially I thought it was actually causing me to lose signal strength on receive but this turned out to be two things – the delay in the RF sensing relay from switching back over and the conditions. Once I could make some “with and without” tests with the linear, it appears that on average I gain 2 S-points with the linear in circuit over not having it in circuit. So worth having and I need to look at fixing the relay delay. The other thing I wanted to try (and was unsuccessful with) was using a digital mode (PSK31) from the summit. Normally to do this you need a PC an interface and the rig, which is impractical to carry up a summit. I have the DROIDPSK software (from Wolphi plc) installed on my Android phone and his very small WolphiLink interface box to connect to the FT-817. The main problem I hit was that I could not clearly see the phone’s screen in the sunlight to be able to adjust it to receive signals. I believe I was transmitting PSK correctly but when I received signals back they appeared to be off frequency in the audio pass band and I could not see the screen to tune them in. I also need to practice more using PSK from home, so that I know more of the ins and outs of how it is supposed to work. Perhaps next time I try this on a summit, I will take my 7 inch Android tablet so that the program screen is more readable however the suggestion from Ron to take along a cardboard box to shield the screen (be it on a phone or a tablet) seems like a good idea also.

All in all not a bad mornings activation and with all such outings I have learned more things that I need to look into before I get that illusive “perfect” set-up.

This activation was in response to a request from Klaus DF2GN for a DM – VK Summit to Summit (S2S) contact.

I arrived on-site a little earlier than planned which allowed me to walk down and back up the trail (to meet the access on foot into the AZ zone ARM guideline) and set up and be operational 15 minutes early at 07:15 UTC. I did not stay as long as originally planned due to a plague of strange looking flies swarming around me despite the liberal use of insect repellant but the evening was a success. I regret not packing up 10 minutes later however as I might have managed a second S2S with GM4COX but I’m happy with my S2S with Klaus DF2GN portable on DM/BW-195, which was the main reason for the trip. I also worked another German chaser and eight VK chasers. I had hoped to have my “qrp” amplifier fully working to boost the FT817’s 5w output but it was not to be and while I had it with me, the unreliability of its operation at present, made me decide to work just with the FT-817 “barefoot”. They also say, don’t make two changes at the same time and I have made another change to my set-up. While looking for some parts last week, I came across a project that I built (or to be more accurate, boxed) some time ago. It is a 150W battery booster. Fed with anything above about 10V it can output anything up to 35V DC using it’s inverter. I had set this to output 13.8V previously and now decided to try using it with my 3S (11V) LiPo battery and what do you know – it works perfectly. I have an alarm on the LiPo to sense if any cell is dropping below a safe level and in the 1.5 hrs of operation all went well. I have found no interference from the inverter in the DC voltage booster. Perhaps this is a solution for others who are looking to use 3S LiPos to supply rigs (or amplifiers) that prefer a 13.8V supply. The booster and 2 x 5000maH LiPo batteries fit easily in a Jaycar SLAB battery bag with room to spare for cables sensors etc.

In case anyone is interested in the DC-DC convertor – it cost me AU$7.98 including postage – the same item is now available for $5-$6. A whole list of them can be found on eBay here.

My apologies to the stations, both chasers and activators who came on a little after I packed up, but the flies were getting really unbearable! 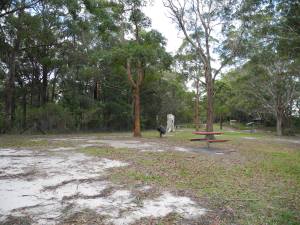 The audio pickup of received sound is not so good……

Earlier than anyone expected, it was announced at 23:30 local time on Saturday 31st. August that the VK2 association of the SOTA awards scheme would be live as of 10:00 local time (UTC 00:00) on Sunday 1st. of September.

There had been a few days warning that this “might” come about however until the official go ahead came through, eager activators could only wait.

Luckily our local summit – Mt. Elliot had not been removed from the approved list and as you will have seen from my earlier blogs, this is a site that I had already tried out as a chaser on a couple of occasions.

Mt. Elliot does qualify with 150m prominence however calling it a SOTA summit, some would say is a stretch given it’s ease of access but it makes an ideal summit for someone just starting into SOTA activations.

The very top of the Mt. Elliott summit has a fenced off Telstra (telecom) station and a private house on it. The owner of the house is friendly however the interference coming out of the Telstra site makes the whole area not suitable. A few metres vertically down the hill however is Katandra reserve with it’s St John’s lookout over the southern Central Coast of NSW. This park is within the SOTA activation zone and has the advantages of having toilets, electric barbeques and seated areas available. This is a park that the locals use in good weather as we had on this Sunday – Father’s Day.

There are tracks down the escarpment that allows one to walk out of and back into the activation area with your equipment, if you wish to do this (note, as long as you receive NO support from your motor vehicle this is not a requirement but many VK SOTA activators like to do this on “drive-up” summits, so that they have done some climbing as part of the activation).

I arranged with Rod VK2LAX, that we would do this first activation together, we me bringing my equipment but Rod having his along “just in case” anything went wrong. Surprisingly nothing went wrong. The equipment used, was the tried and tested combination of FT-817ND and SOTABeams linked dipole suspended from a 6m squid pole in inverted-V configuration. This was all set up well in advance at 9am local and we tuned around and called a couple of stations  to test the equipment was working.

As VK4 was also to be launched on this day, the plan was to work 40m and 20m, with the longer skip into Queensland on 20m helping with those contacts as it turned out  we only had one SOTA contact on 20m and that was with Andy VK5LA in South Australia, 40m provided contacts into VK5, VK3, VK1, VK2 and indeed one contact into VK4. Unfortunately it seems the VK4 activators we’re able to get operational in time for September 1st as no portable VK4 stations were heard.

Below is a short video of the area and indeed that one 20m contact with Andy VK5LA, with Rod VK2LAX on the Mic.